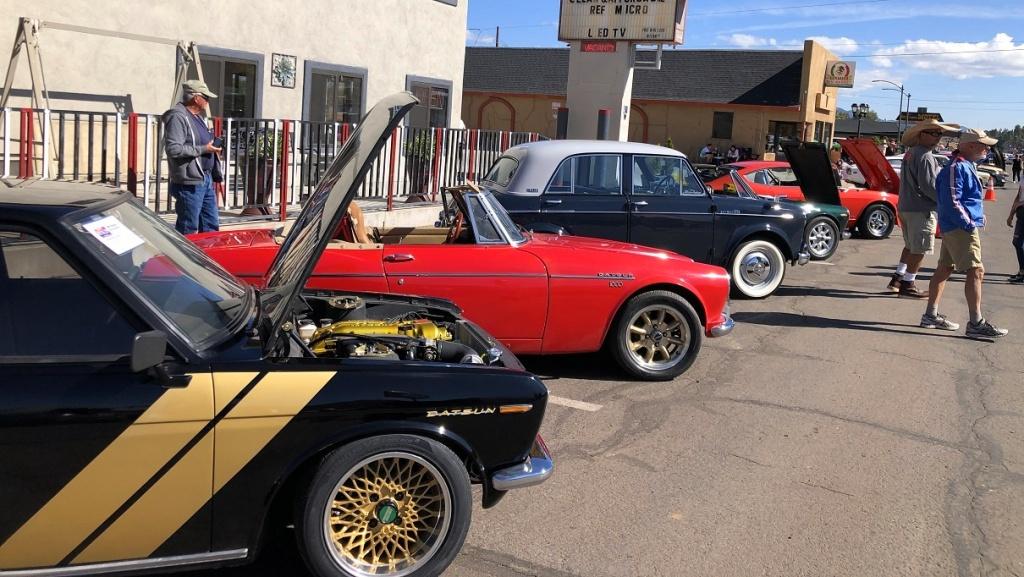 Having to cancel the 2020 event was painful and frustrating, but it gave us all some extra time to reflect on what draws us to host and participate in these car shows… After all, it’s exhausting and labor-intensive, and at the end of the day, although it’s for a great cause, it’s a ton of work.

The general consensus among the organizers and the long-time attendees was unanimous: It’s really about the people. The cars are simply a “VIP pass” to obtain a front-row seat for the action, and this year, there was plenty to see.

Surpassing our largest turnout by far (95 total registrations), we were able to fill in both sides of Route 66 for nearly a quarter-mile! The weather was perfect, the spectators were non-stop, and everyone brought their A-game when it came to the cars.

Attendees arrived from 10 different states, and even from south of the border – Most impressive was the distance some folks traveled WITHOUT trailering their cars!

Having the opportunity to get together with new (and old) friends over a meal Friday and Saturday evening is one of our favorite parts of these events, and I hope those of you who attended were able to meet some new people or catch up with folks you might have only known online. It’s really what makes this community amazing.

Congratulations and THANK YOU to all of you who put in the effort, got your cars spruced up for the day, helped with setup and tear-down, and made this event a real pleasure. Speaking of the cars, this is a great place to mention our winners:

Congratulations to all of our winners and thank you for supporting Raising Special Kids , and we hope to see you all (and more) next year – Same time, same place!